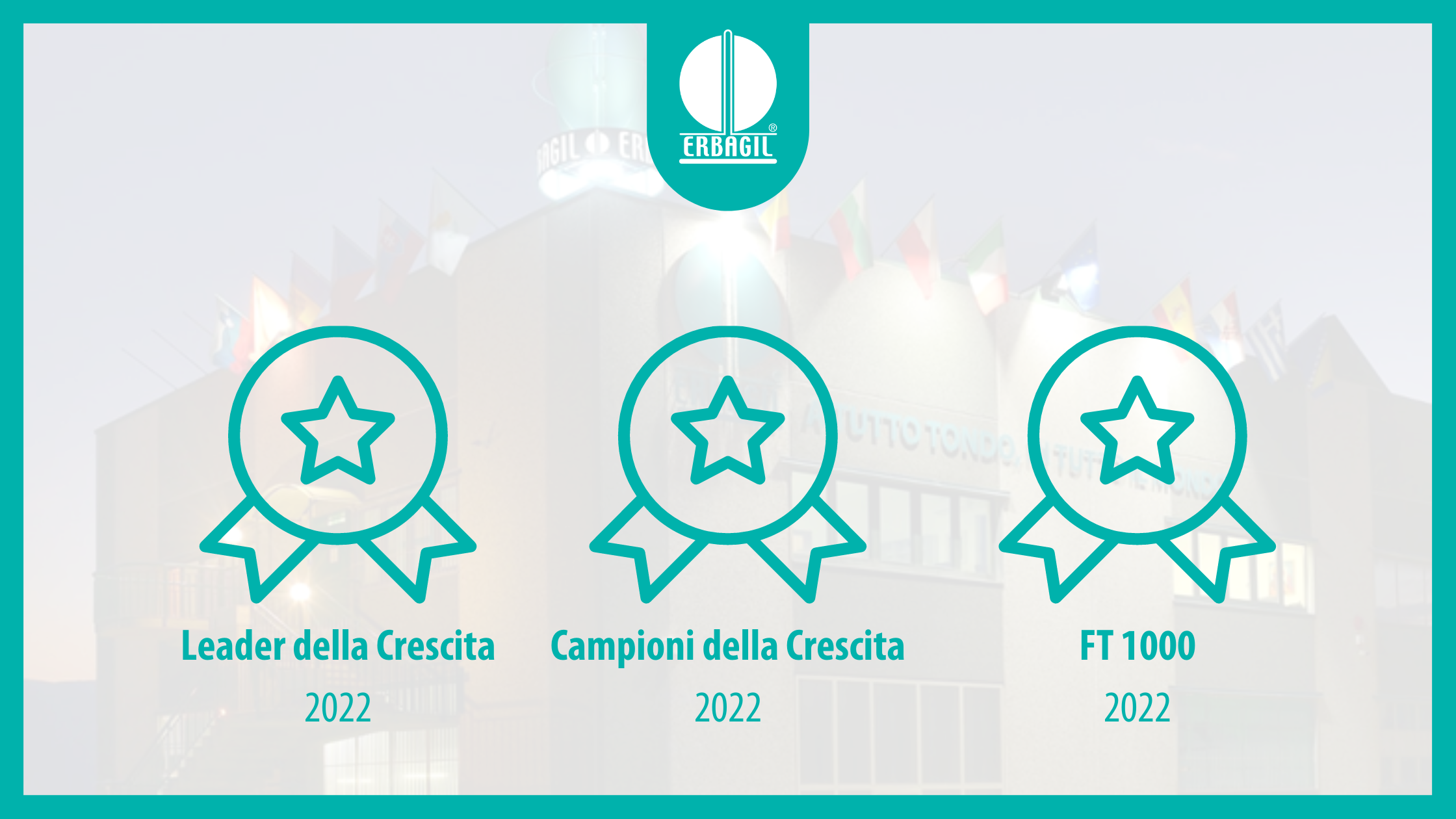 From November to today, first the German Institute of Quality and Finance and the Republic then Statista and Il Sole 24 Ore had confirmed Erbagil among Campioni della crescita 2022 e Leader della Crescita 2022, now instead it was the first of the Financial Times with the FT ranking 1000.

In fact, the main economic newspaper in the United Kingdom has included Erbagil among the 1000 companies with the highest growth rate in Europe.

"We are proud to have received this prestigious recognition, yet another, despite the difficulties caused by the pandemic, with significant upheavals in the world of work and businesses - says CEO Vincenzo Benevento -. Being included in the FT1000 ranking is a result that confirms the quality of our work, appreciated in Italy but also abroad. This goal - continues Dr. Benevento - represents a stimulus to continue our journey and obtain extraordinary results, naturally together with all our partners."

The ranking, called FT 1000: Europe's Fastest Growing Companies, is carried out every year through a complex procedure that takes into account the growth in turnover, in this case between 2017 and 2020. To be included in the list of companies meet the following criteria:

Turnover of at least € 100,000 in 2017 (or equivalent in currency according to the average of the effective fiscal year).

Turnover of at least € 1.5M generates in 2020 (or equivalent in currency according to million the average of the effective fiscal year).

The company is independent.

The growth in revenues in the reporting period was mainly organic.

If a company is publicly traded, its share price hasn't dropped by 50% or more since 2019

The survey, conducted by Statista and the Financial Times, takes into consideration several thousand companies from all over Europe.